admin Posted in Uncategorized — No Comments ↓

Firstly about the ABF:

Why does ABF The Soldiers’ Charity exist?

We give a lifetime of support to soldiers and veterans from the British Army, and their immediate families, when they are in need. We make grants to individuals through their Regiments and Corps and support a wide range of specialist charities that sustain the British Army ‘family’, both at home and around the world.

We take pride in being responsive, making a difference at a critical point in peoples’ lives. We have been doing this since 1944, working with veterans of every conflict, and we envisage continuing doing so for the ‘long haul’ – supporting all future generations of our soldiers and their dependents.

Andy Reid is an ambassador for ABF THe Soldiers’ Charity, he part took in 2 of the days, and waved us off on the third. His motivational skills kept us going, and he had a habit of appearing in his wheelchair just as you started to flag. “When the mind believes the body achieves”

The first shock was the 5:30 alarm.. of course compared to the soldiers this was nothing…

We started from Lochnagar Crater, the amazement that they that they dug a 300 meter plus tunnel, and then put 60 Tonnes of explosives in it to detonate at the start of the Somme. 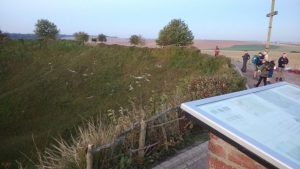 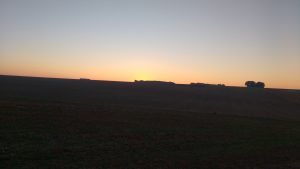 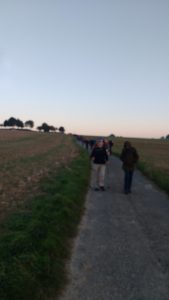 A short walk to the Welsh Division Memorial (only 8km). And a tea break. 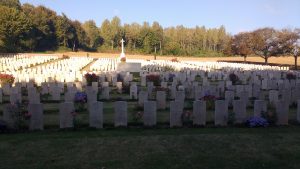 Lunch 13km later was at Thiepval, a moving monument with too many names on it. 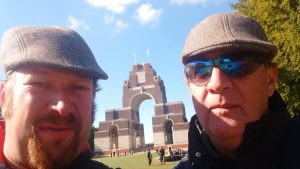 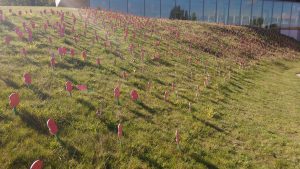 22Km saw the Mill Road Cemetery and the Ulster tower. 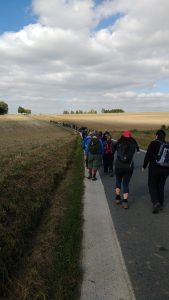 26km Saw the Newfoundland Memorial, a very different place as it was more like a park, although with craters in it! 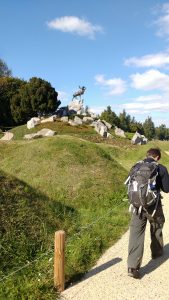 29km saw Hawthorne Ridge Crater and The Sunken Lane, the sunken lane is the footage as below, taken about 20 minutes before they all went over the top to there death. What is worth remembering that the area was so full of bodies that you could not physically retreat. A very brave signaller stood up to signal back, and knew he would be shot down as soon as he stood on the top of the bank. He lasted 10 seconds trying to save his friends and comrades.

Then past the Accrington Pals Battalion, the thought of a whole bunch of friends being wiped out.

The hardest thing was that at no point during the day did we see less that 3 memorial sites visible to us.

The start was in Neuville-Saint–Vaast, a German Cemetery, due to space requirements the Germans had to bury 4 to a cross as opposed to the 1 that the Allies did. It is also very strange to see the Jewish soldiers who fought on the side of the Germans in WW1 knowing what happened such a short while later. The crosses were as far as the eye could see. 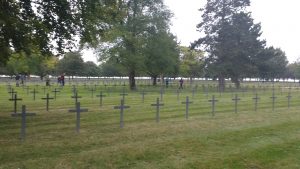 A walk down the road to an Allie Cemetery. 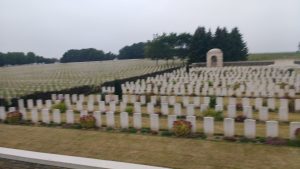 Followed by a long march down the road, which was straight and hard… only thing was that this was a march performed in WW1 and WW2 (by some of the same soldiers!) it must have been so hard to march down a road into battle again knowing how many comrades had died on the way to it before.

We arrived at the remains of the monastery at Mont-Saint-Eloi, and had a deserved break from the long march up hill. 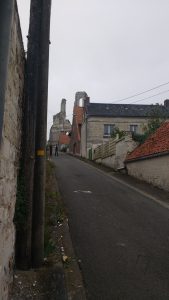 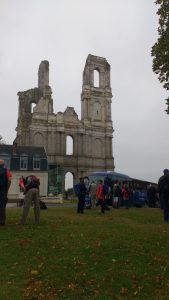 Next was a very long walk to Notre Dame de Lorette, a 39,985 grave memorial, this was probably the hardest part of the walk, and walking up one of the inclines in the wood, gasping for breath and feeling exhausted the realisation hit that in WW1 soldiers marched up the same hill in rubbish kit and under gunfire! Whilst I was tired, I had no risk of dying and just slightly achy feet! 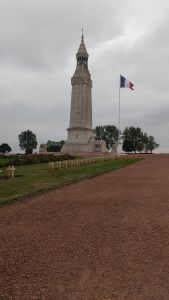 Onward via the Cabaret Rouge British Cemetery, and onto Vimy Ridge, thankfully not having to climb this one, just walk up a slight hill! Although the walk to Vimy Ridge memorial for some reason was extremely emotional for us all, probably as we could see it from so far away! 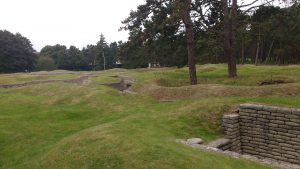 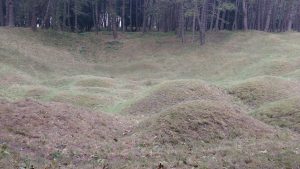 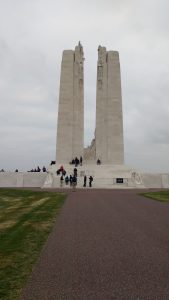 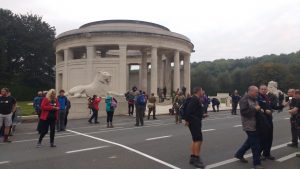 Past Prowse point, to Khaki Chums memorial to the 1914 Christmas Truce. 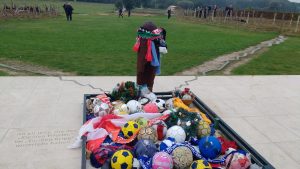 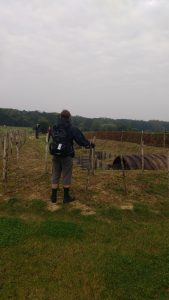 It can all get a bit much

Carrying on past the Island of Ireland Peace park with the Irish Peace Tower. 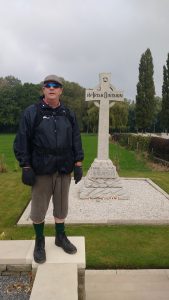 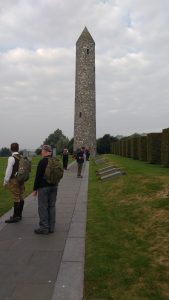 Spanbroekmolen Mine Crater (Pool of Peace was next and then via the Caterpillar Crater to Hill 60.

One final regroup and then the march into Ypres… With heavy feet, and tears in our eyes, we got applauded into the town. 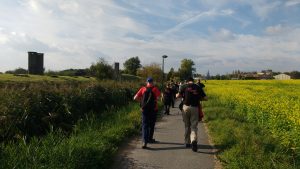 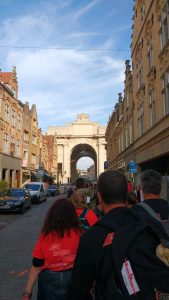 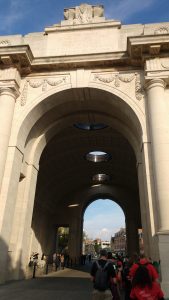 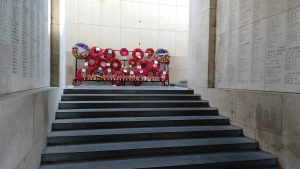 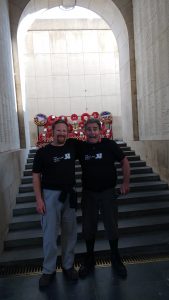 Just when we thought we had no more emotions left we then watched the Last Post ceremony at the Menin Gate as a fitting end to the whole experience. 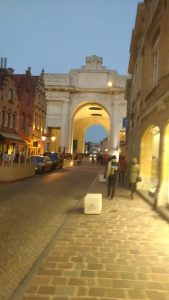 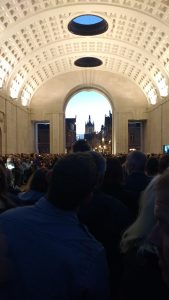 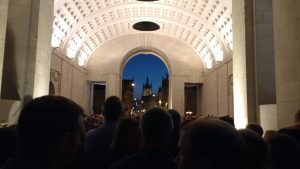 On the day after I got back I walked my children to school, and realised that on the first day of the Somme there were 40,000 deaths… my childrens school has about 400 pupils, so that is 40 times the total number of people I saw on the way to school… dead in 1 morning.

Now the call to empty your wallet: